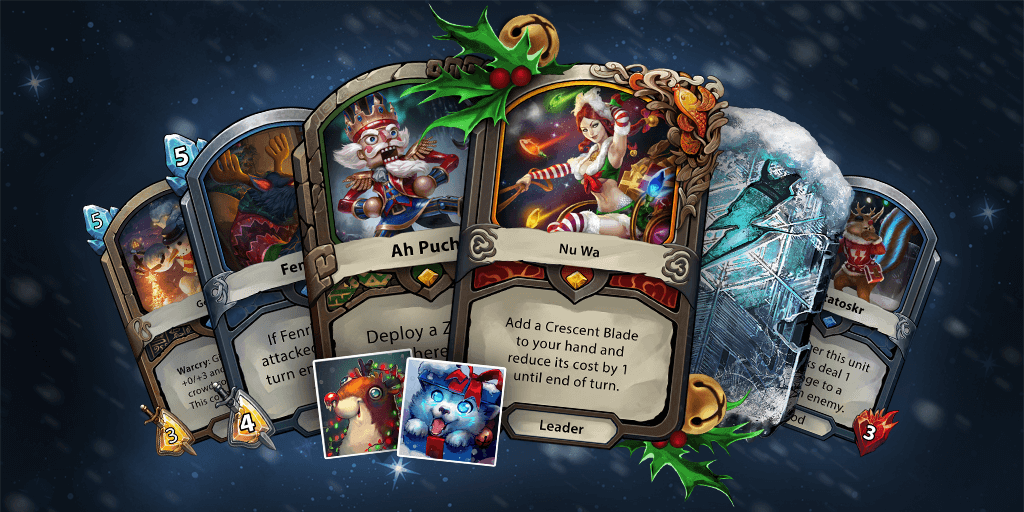 Get ready for the Winter Holidays with the Hand of the Gods Holiday Pack! The Holiday pack will replace the Halloween Pack in the store on all platforms with the release of OB 0.34. The pack includes Limited Edition Skins for Hand of the Gods, featuring a new unit model, Special FX, Sound FX, and Card Art. In addition to unit skins, the Holiday Pack includes exclusive Leader skins for Ah Puch and Nu Wa, along with two Limited Edition Holiday Avatars, and a Holiday Card Back!

Each Holiday Pack opened will unlock a skin, avatar, or card back you have not already unlocked (Gods skins will award 2 copies). Holiday Skins are not disenchantable, and will only be available for the duration of the promotion.The Holiday Pack will be purchasable for 300 Runes and unlock one of the following with each opened:

This site uses Akismet to reduce spam. Learn how your comment data is processed.